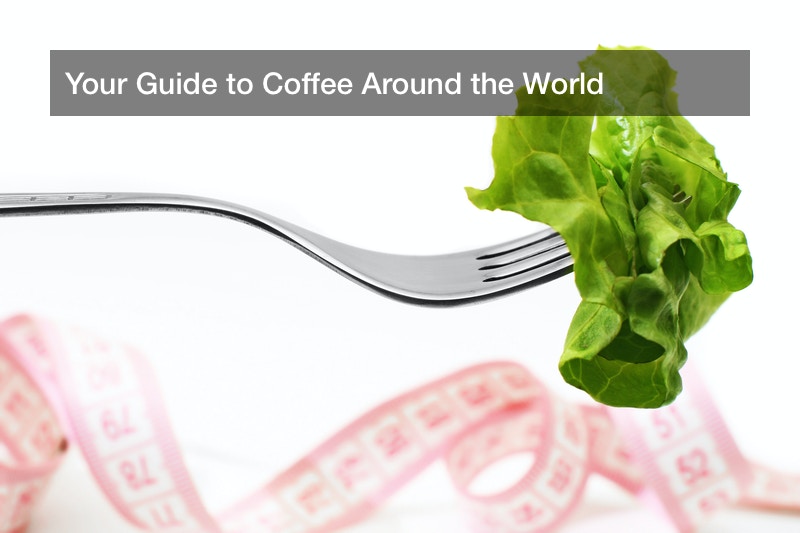 Thanks to the modern miracle that is global commerce, through a complex system of shipping companies, transoceanic shipping barges, airplane charter services, railroad freight companies, and much more, products are being exchanged all over the world.

Everything from Hispanic food distribution and fast food franchises to the massive pharmaceutical industry has been made possible by this globalized trade network. Today, we’re going to focus on one of these products in particular, one that is an essential part of the daily routines of countless people: coffee.

For many of us, coffee is an essential part of our morning routines. It serves as a quotidian ritual that not only helps to wake us up and keep us alert, but also signals the start of the day. The smell of coffee that fills our houses or apartments is often as much a defining feature of the morning as the sunrise. In this way, making coffee is a practice that is both functional and symbolic.

Some people take the time to grind their own beans and lovingly brew themselves a cup using the famous (and slow) pourover method. Those who value convenience over care and attention to detail tend to opt for the ubiquitous drip coffee machines which can be found in the break room of many an office throughout the U.S. Others simply buy a cup of the bean juice each morning at the cafe of their choice, with some opting to patronize small local businesses and others going with some of the popular multinational corporations.

However people choose to get their coffee, the end result is the same: a hot (or iced) cup of the comforting dark brown brew that helps put a pep in our step at the start of each day, or that gets us through the late afternoon slump. Whether you take it with cream and sugar or black and unsweetened, odds are you end up having a cup some way or another. Based on research collected by My Friends Coffee, nearly two-thirds of Americans over the age of 18 drink a cup of coffee every single day.

A Disclaimer About Those Who Should Avoid Coffee

While coffee is a widely consumed and beloved beverage, it is important to note that there are populations who would do best to avoid it. One of the most common reasons people will avoid coffee is due to a sensitivity to caffeine.

Caffeine sensitivity can generally be diagnosed simply by paying attention to the effects caffeine consumption has on a person. If after consuming a normal dose of caffeine they experience headaches, anxiety, a pronounced antsy or jittery feeling, an elevated heart rate, or an inability to sleep, then it is likely they have a caffeine sensitivity. While much of the population can consume up to 400 mg of caffeine each day without any adverse effects, those with a sensitivity can encounter these symptoms even at much lower amounts.

A caffeine allergy can also prevent people from enjoying coffee and other caffeinated beverages. The signs of a caffeine allergy resemble most other allergic reactions; these symptoms include breaking out into hives, having itchy skin, developing a swollen tongue and/or throat, and even anaphylactic shock in particularly severe cases. Those with a known caffeine allergy should avoid coffee at all times so as not to risk provoking these reactions.

Those with various orthodontic appliances may be advised by their local dentist to avoid coffee and other hot beverages. Dentures and Invisalign aligners can be damaged or stained by hot, dark drinks such as coffee. Make sure to listen to your dentist, orthodontist, family physician, or any trusted healthcare provider who advises you to avoid certain foods and beverages.

Coffee’s precise origins are unclear, and there are many disputing accounts of its distant past. The coffee we grow all over the world today can be traced back to forests on the Ethiopian plateau that have been around for centuries.

One popular story claims that coffee was first discovered in these forests, when a goat herder by the name of Kaldi made an interesting observation. Kaldi found that when goats in his herd ate berries from the coffee trees, they became highly energetic afterwards and would be unable to go to sleep after the sun had set.

When Kaldi shared this observation with an abbot at a monastery that was close by, the abbot tried making a drink with the berries. He found that, just like the goats, the berries seemed to give him a boost of extra energy and alertness late in the day. This discovery spread throughout the area and gradually made its way around the world.

If we fast forward to the 15th and 16th centuries, we find coffee booming in popularity throughout the Arabian Peninsula, and in such places as Egypt, Syria, Turkey, and Persia. Coffee houses began to pop up all over the place in various cities. These establishments served as social and intellectual hubs of activity, with people meeting to talk of current events, play cards and board games, and watch live performances.

By the time the 17th century rolled around, coffee had spread to the European continent. As coffee shops arose throughout Europe they began to take on a similar role as hubs of intellectual exchange and social interaction. By the middle of the century there were more than 300 coffee establishments in London alone.

Around this time, coffee also made it all the way across the Atlantic ocean to New York. Initially its adoption by the colonists in North America was slow as most people stuck with their trusted tea. However, the events of the Boston Tea Party quickly brought many people on board as they strove to avoid the heavy tea taxes the British imposed on them.

This popularity led to the cultivation of coffee trees outside Arabia to meet the rapidly growing global demand. This is how we eventually got to where we are today, with coffee grown all over the world. For those of you who are unfamiliar with the differences among beans grown in various locations, here is a guide to the many flavors you can experience by trying coffee from different regions. Hopefully it will help you figure out what suits you best, and encourage you to be adventurous in your coffee consumption.

As it is quite possibly the birthplace of coffee, it makes sense that the region would grow delicious coffee. It has an incredibly vast array of different types available, with potentially thousands of varieties that grow in the wild and have yet to be cataloged and cultivated.

It’s important to know that what we think of as a coffee bean is actually the pit that is found inside the coffee cherry, a species of stone fruit. If you’re wondering what people do with the cherries that are left over after the seeds have been removed so they can be roasted and sold as coffee, the answer is that it varies. Some folks add the cherries to compost heaps so that it can fertilize soil for crops. Others dry the cherries and use them to make tea — in Ethiopia this is done to make a traditional beverage known as Qishr.

Within Ethiopia, there are two different camps when it comes to coffee production. One camp immediately removes the cherry that surrounds the coffee bean within half a day of picking the fruit. This process produces what is known as a “washed” coffee bean, which tends to have a much lighter and more delicate flavor profile. You’re likely to get a coffee that has floral notes coming through, and flavors that are reminiscent of tea.

Other coffee producers in Ethiopia instead leave the bean in the cherry fruit and allow the fruit to dry out before they remove it. This process produces what is known as a natural coffee bean, which generally has a stronger and heavier flavor profile. Natural coffees have notes that are more wine-like in nature, with a lot of fruit flavors present. This makes sense, as the bean is in contact with the fruit for much longer.

If you’re choosing to purchase an Ethiopian variety, make sure you know whether you’re getting washed or natural beans. If you tend to enjoy lighter roasts, you’ll most likely want to go with a washed coffee. For those who prefer darker and more intense flavors, a natural coffee will probably be your preferred type.

Sumatra is an island in Indonesia with perfect conditions for growing coffee. The coffee in this region tends to have a rich, full-bodied taste that makes it a very popular single-origin roast. While the acidity of this coffee is somewhat reserved, it has strong, syrupy flavors with notes of chocolate and licorice often being very prevalent.

Sumatran coffee typically undergoes a method of processing that is known as wet hulling. This process involves several steps, including immediately removing the bean from the cherry, fermenting the beans overnight, washing off any fruit that remains on the beans, and drying the beans before they are shipped off and distributed.

Colombia is one of the most famous regions in the world when it comes to producing coffee. The country is famous for its very balanced flavor profiles, with an acidity that stays on the more subtle side. It gets depth from the strong flavors of sweet caramel as well as some nutty notes. Coffee from this region is exceptionally popular throughout the United States.

Whereas the nutty flavors in Colombian coffee are somewhat understated, the notes tend to be very pronounced in coffee from Brazil. The intense, peanut-like flavor profile of Brazilian coffee, with notes of spice and chocolate often present, is perfect for espresso blends which tend to prioritize bold, strong flavors.

The best way to figure out what region makes the best coffee for your specific taste is simply to try as wide a variety as possible. Not only will you find the perfect coffee for yourself, but you’ll enjoy the process of experiencing all the different flavors these beans can take on. What better way to start your day?